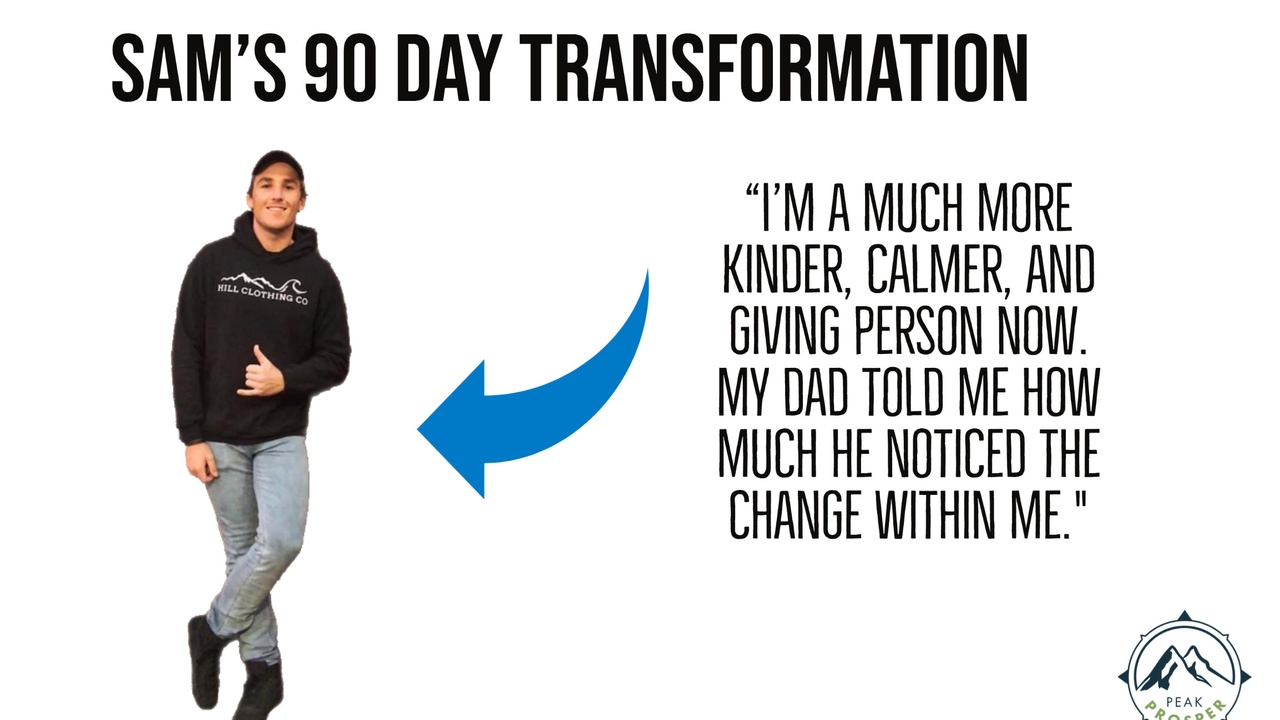 In today’s video I’m going to share with you Sam’s story.

He joined our Transformation Program 90 days ago.

Back then he described his life as feeling it had been turned upside down. He was feeling stuck, confused, stressed out and overwhelmed. He felt like his mind and emotions were controlling his life and he didn't know who he was anymore.

He was in a period of his life where he didn’t know what to do and had a lot of uncertainty around his future. This was causing a lot of strain on his relationship with his girlfriend and his life felt unbalanced.

All of this changed very quickly for him after he focused on changing himself. In Sam’s own words, he says “I'm a much more kinder, calmer, and giving person now. My dad told me how much he noticed the change within me."

In this interview, Sam shares how he:

If you want results like Sam, book a free exploratory call with us and we will see if it’s a great fit: https://www.peakprosper.com/book-a-call

Get weekly principles, blueprints and insights that inspire you to become the man you are meant to be.